May 24, 2007
Next time someone starts to spread gossip, think of this:

One day the great philosopher came upon an acquaintance who ran up to him excitedly and said, "Socrates, do you know what I just heard about one of your students?"

Wait a moment," Socrates replied. "Before you tell me I'd like you to pass a little test. It’s called the Triple Filter Test."
"Triple filter?"
"That's right," Socrates continued. "Before you talk to me about my student let's take a m! oment to filter what you're going to say. The first filter is Truth. Have you made absolutely sure that what you are about to tell me is true?"

"All right," said Socrates. "So you don't really know if it's true or not. Now let's try the second filter, the filter of Goodness. Is what you are about to tell me about my student something good?"

"So," Socrates continued, "you want to tell me something bad about him, even though you're not certain it's true?"

The man shrugged, a little embarrassed.

Socrates continued. "You may still pass the test though,because there is a third filter - the filter of Usefulness. Is what you want to tell me about my student going to be useful to me?"

"Well," concluded Socrates, "if what you want to tell me is neither True nor Good nor even Useful,! why tell it to me at all?"

The man was defeated and ashamed.

This is the reason Socrates was a great philosopher and held in such high esteem.
Funny story inspiring Motivational Socrates Strory about Gossip

brenda chavez said…
i agree with the last comment...everyone should apply this philosphy to their own life it would prevent a lot of bad mis communications
December 16, 2010 at 2:41 PM

Unknown said…
The story of life is quicker than the blink of an eye, the story of love is hello, goodbye.
See the link below for more info.

Jack and Max are walking from religious service. Jack wonders whether it would be all right to smoke while praying. Max replies, "Why don't you ask the Priest?" So Jack goes up to the Priest and asks, "Priest, may I smoke while I pray?" But the Priest says, "No, my son, you may not. That's utter disrespect to our religion." Jack goes back to his friend and tells him what the good Priest told him. Max says, "I'm not surprised. You asked the wrong question. Let me try." And so Max goes up to the Priest and asks, "Priest, may I pray while I smoke?" To which the Priest eagerly replies, "By all means, my son. By all means." Moral : The reply you get depends on the question you ask. For Example : Can I work on this project while I'm on vacation ? 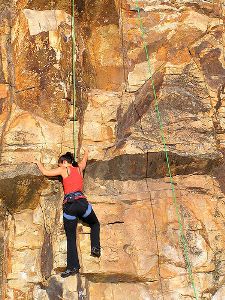 Brenda was almost halfway to the top of the tremendous granite cliff. She was standing on a ledge where she was taking a breather during this, her first rock climb. As she rested there, the safety rope snapped against her eye and knocked out her contact lens. 'Great', she thought. 'Here I am on a rock ledge, hundreds of feet from the bottom and hundreds of feet to the top of this cliff, and now my sight is blurry.' She looked and looked, hoping that somehow it had landed on the ledge. But it just wasn't there. She felt the panic rising in her, so she began praying. She prayed for calm, and she prayed that she may find her contact lens.
When she got to the top, a friend examined her eye and her clothing for the lens, but it was not to be found. Although she was calm now that she was at the top, she was saddened because she could not clearly see across the range of mountains. She thought of the bible verse 'The eyes of the Lord run to and fro throughout the whol…